The effect of Transcendental Meditation on society and the environment

Improving well-being and quality of life not only for the individual, but for the whole society

However, the benefits extend to the wider environment and society as a whole. On this page we explain how this happens, and how you can contribute to this process yourself.

Evidence to support the effect of TM on society

In 1974 scientists reported that crime trends had, exceptionally, gone down in 12 cities in the USA where 1% of the population had learned Transcendental Meditation. Since then, over 20 published peer-reviewed studies have verified this sociological effect and, indeed, widened its scope to include reductions in other social indicators such as accidents, hospital admissions, war fatalities, and health statistics. Research has also indicated enhanced positive trends such as improvements in economy, social harmony and international relations. This effect was found to be even more pronounced with group practice of the advanced TM-Sidhi programme, in which case reductions in crime rate were observed when even the square root of 1% of the population were involved. To view a comprehensive summary of the scientific research.

The square root of 1% of the population of the UK is just over 800. Any large corporation could potentially have a section of the workforce trained in the TM-Sidhi programme, and thereby help create an effect of orderliness and harmony in the nation as a whole.

The spreading of orderliness or coherence through society has been named the Maharishi Effect, in honour of Maharishi Mahesh Yogi, the founder of Transcendental Meditation, who had predicted this effect as early as the 1960s.

A new book, An Antidote to Violence: evaluating the evidence, was published in June 2020. Written with the layman in mind, this well-researched and highly readable book makes a convincing case for the Maharishi Effect. 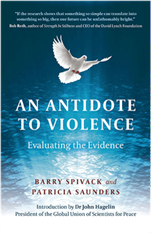 How you can support global coherence and well-being

In the United Kingdom, two sizable groups have been formed with the aim of increasing social harmony and well-being in the country, one in Lancashire and the other in Suffolk. You could contribute to this effect of coherence yourself, simply by synchronising your daily meditation with that of these groups. Those practising forms of meditation other than TM are also encouraged to participate. The main ‘coherence times' are 8am and 6pm (these are the times to start one's meditation). For those who cannot synchronise with these, alternative starting times are 7:15am and 7pm.

How can we explain such a remarkable influence of Transcendental Meditation on society at large?

Theoretical explanations include a ‘field model of consciousness', in which consciousness, in essence, is a field that underlies and connects individuals throughout society. Such a theory is consistent with the latest theories in physics, in which the principle of superradiance states that coherence spreads throughout a system when just the square root of the elements in the system becomes perfectly coherent. This suggests that trebling the size of a group of TM-Sidhi programme practitioners could amplify its effect ninefold. 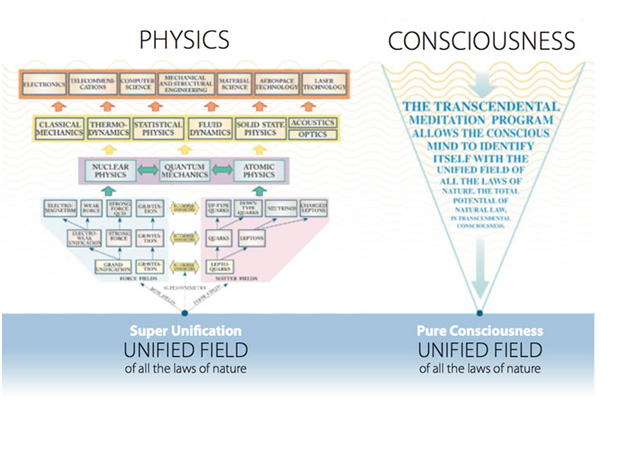 Modern physics has located more unified levels of nature's functioning at smaller time and distance scales and ultimately the unified field (superstring field) at the foundation of the everything in the universe. Transcendental Meditation provides access to quieter, deeper levels of consciousness, culminating in the experience of the unified field at the basis of mind and also matter. Group practice of the more advanced TM-Sidhi programme powerfully stimulates this universal, unified field of collective consciousness, creating a demonstrable influence of coherence throughout society, as evidenced by 20 studies published in peer-reviewed journals.